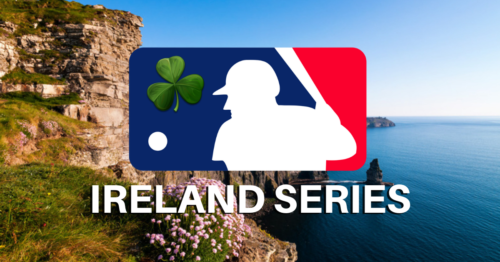 The History of MLB’S London Series

On June 29-30, 2019, the Boston Red Sox and New York Yankees played the first “London Series.” It was the first time that Major League Baseball games were played in Europe.

On June 13-14, 2020, Major League Baseball will return to London when the Chicago Cubs take on the St. Louis Cardinals.

The Case for MLB in Ireland

We believe Ireland is the perfect European venue for MLB games, because of Ireland’s rich sporting history and the significant impact on the game by players, coaches, and executives of Irish ancestry.

The Irish Impact on Professional Baseball

Highlights of the Irish impact on professional baseball include:

A professional baseball game in Ireland would generate tremendous interest among baseball fans, especially among the approximately 33 million Americans who claim Irish heritage.

We believe professional baseball games in Ireland should become a reality and we request that Major League Baseball begin exploring the possibility of an “Ireland Series.”