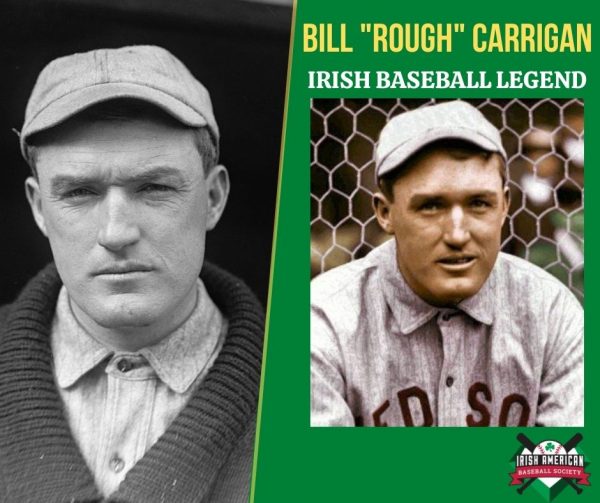 Carrigan was the son of Irish immigrants John and Annie Carrigan. He made his major league debut for the Boston Red Sox in 1906.

Over his ten year playing career, Carrigan was recognized as one of the top catchers in the game. His nickname “Rough” was inspired by his ability to block the plate and stop any runner from getting past him.

But Carrigan’s greatest contribution to the game – and the city of Boston – came as the player/manager of the Red Sox. In 1914, he persuaded ownership to purchase the contract of a minor league pitcher named George Herman Ruth from Baltimore.

Over the next three seasons, Carrigan was Ruth’s catcher, manager, roommate, and mentor. Ruth would later credit Carrigan with helping him develop as a player and he said Carrigan was his favorite manager to play for.

Bill Carrigan was posthumously inducted into the Red Sox Hall of Fame in 2004.