Jim Gleeson Was A Baseball Lifer With Irish Roots

Switch-hitting outfielder Jim Gleeson lived a most fascinating baseball life as a major league player with the Indians, Cubs and Reds. He was a minor league player and manager, a coach for the Kansas City A’s in 1957 and the Yankees in the World Series season of 1964 and also a longtime scout.

In all, he spent 42 years in baseball. He was the manager of the baseball team on a Navy submarine base in WWII as well.

During his travels, Gleeson became friends with some of the most iconic names in the history of the game, including Yogi Berra.

Jimmy Gleeson’s journey though, never took him to Ireland and his family’s ancestral home in County Clare. 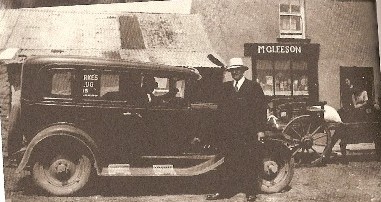 Jim’s father, however, Matthew, made a triumphant return to Ireland in 1932 and some eight decades later, Jim Gleeson’s son Bill and his wife Carol visited Ireland several times to check out the family history.

When Bill pulled out his father’s major league baseball card (Jim played in the majors from 1936 to early in the 1942 season) and gave it to his cousin Jimmy at the family farm, it was an emotional moment. “I don’t think they knew much about it until I went back,’’ Bill said. “Jimmy just looked at it for the longest time, just reading everything and he was a big baseball fan.

“Jimmy and his wife had a 100-acre farm, two pubs and eight children. You think they weren’t busy. It’s a great family.’’

Cousin Jimmy recently passed at the age of 85.

“The Gleesons have been on that same little farm in County Clare for 200 years, in a little town called Coore,’’ Bill said. “I talk to them about once a month. We do a lot of the family history together. It’s a wonderful place.’’

When we say Bill’s grandfather, Matthew, who came to America with essentially nothing, and became a successful businessman in Kansas City, including owning pubs and a movie theater, made a triumphant return to Ireland, we really mean it.

“He came here broke, but he got into the movie theater business in the 1920s,’’ Bill said from his home in Kansas City. “My grandfather sold his movie theater to Howard Hughes. He drove his brand new 1932 Nash to New York City, put it on a boat, and took it to Ireland.’’

“There are still stories about the rich American cousin with his car,’’ Bill said with a laugh, noting a picture of his grandfather with his Nash in front of the pub belonging to the Gleeson clan.

Jim Gleeson took his family to the 1964 New York World’s Fair and visited the Irish Pavilion, pointed to County Clare and said, “ ‘This is where our family is from.’ “ recalled Bill. “Oddly enough the Gleesons were indicated to be over in County Tipperary.’’

Bill Gleeson, who will turn 68 next month, played golf with his dad during his many scouting trips, and enjoyed the off-season duck hunting adventures. The more the two talked, the more Bill realized how amazing of a career his father actually had in baseball.

Remember, that generation, the Greatest Generation, simply did not talk about itself.

A Summer in the Bronx

Bill was lucky enough to live his own childhood baseball dream. In 1964, Jim’s old Navy buddy Yogi Berra, named him the first base coach of the Yankees, the 1964 Yankees of Mantle and Maris who lost to Bob Gibson’s Cardinals in seven games in the World Series.

Young Bill was 10 years old and when school was let out in Kansas City for the summer, he was able to live the summer of his dreams, living a few blocks from Yankee Stadium in the Concourse Plaza Hotel, and hanging out in the Yankees clubhouse whenever the Yankees played in the Bronx.

“All the players had to sign 48 baseballs every day and they would sell them in the stands,’’ Bill recalled. “Mickey Mantle hired the batboy to sign his 48 baseballs every day and gave him $5 a day. Welp, Whitey wanted someone to sign his so he asked me if I’d sign them. I did it one time and got paid $5 to sign Whitey Ford’s name on 48 baseballs. I just didn’t feel right about doing it anymore so I didn’t. I can still do a good Whitey Ford autograph, though.’’

What was it like being in that clubhouse of pinstripe legends?

“Whoever designed the set for the movie “61*’’ was in that clubhouse,’’ Bill said. “It’s absolutely identical as I remember it, right down to the table out in the middle and the cooler with Yoo-hoo chocolate drink, which by the way, Yogi loved.’’

Jim Gleeson managed in the Yankees system, guiding players like Al Downing and Jim Bouton so Bill was familiar with some of the Yankees. He talked Downing into throwing him a fastball one morning at the Stadium.

“So Al Downing went over and got Elston Howard and Elston wrapped me up in the catcher’s gear, put a helmet on me and we went out to home plate,’’ Bill said.

“I did not step out on him,’’ Bill said proudly. “I never saw it. But to this day I will never forget the sound that ball made going by.

“Mel Stottlemyre (9-3, 2.06) came up that year and he and I became really good friends,’’ Bill said. “Jim Hegan was a coach. He gave me his catcher’s mitt. I had that forever and ever. It’s probably out at my folk’s house. Eddie Ford was Whitey’s son and he and I were good friends and we almost got banned from the clubhouse one time. We found out (Joe) Pepitone was deathly afraid of anything reptile and Eddie had an iguana and we put it in Pepitone’s locker one day before he showed up and oh my god, the whole locker room went nuts.’’

Bill Gleeson became a dentist and recently retired after 41 years. Through the decades it was difficult to pull baseball information out of his father. Bill tried his best. Jim Gleeson died in Kansas City in 1996 at the age of 84.

Driving to the duck club one day Bill asked his dad if he remembered his first major league start and first at-bat in that game.

“This guy named Lefty Grove was pitching and it took him three pitches.’’

Another mile or two down the road, Bill asked, “You remember your first major league hit?”

“Lefty Grove, I got a triple off the son of a bitch the next at-bat.’’

Jim Gleeson became friends with the real Crash Davis, an infielder in the Phillies organization. Gleeson also was a member of the 1937 Newark Yankees, one of the great minor league teams of all-time. He was later sold by the Yankees to the Cubs for $25,000. 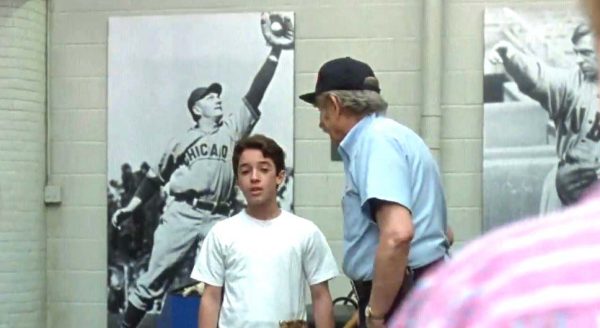 Jim Gleeson’s photo is visible on the wall of the Cubs clubhouse during the 1993 film, “Rookie of the Year.”

As for 1964, and how Jim became the Yankees first base coach for Yogi, he began his friendship with Yogi when Berra was a young Navy sailor at a submarine base in Groton, Connecticut in 1945. Jim was the manager of the base’s baseball team and head of sports activities. Yogi, a gunner’s mate, participated in D-Day in a 36-foot boat called a rocket boat because it shot a stream of rockets on the beach. In 1945 Yogi returned state side.

Jim Gleeson recalled that first meeting with Yogi years later, saying, “I was managing the baseball team. A ballplayer and a boxer were supposed to come to the office. I thought Yogi was the boxer.’’

Yogi was the hitter and a tremendous athlete in this squatting odd-shaped body. The Yankees at the time had no clue what they had in Berra, until that submarine baseball team, the Groton Raiders, played the New York Giants in an exhibition game and beat the Giants. Manager Mel Ott, another Hall of Famer, a friend of Gleeson’s, was taken by Berra’s talents after Gleeson recommended Berra to Ott. Ott told Giants owner Horace Stoneham to trade for him. Stoneham offered the Yankees $50,000 for Yogi and the Yankees turned it down, thinking, maybe this kid is something special.

After the war ended and Yogi was out of the service he quickly made it to the Bronx and the rest is Hall of Fame baseball and Yankees history.

The friendship lasted a lifetime. In fact, when Bill’s mom Julia passed away in 2004, the phone rang one Sunday afternoon and Bill’s teenage daughter picked it up and said, “Dad, there is some guy on the phone who says he’s Yogi Berra. Is that possible?’’

At that point because of Yogi’s Aflac commercials, everyone, even teenagers, knew Yogi Berra.

Yogi was calling the family to offer his condolences.

And remember Grandfather Matthew and the movie theater?

When Jimmy set off to play professional baseball, his father presented Jimmy with a 16-millimeter camera to record his ballpark travels.

“Dad took a lot of pictures and this is back in the ‘30s,’’ Bill said of the most special baseball home movies. “In the ‘60s, I’m in the basement trying to look at this film. They were so faded you couldn’t see anything. Then in 1991 HBO calls him and says ‘We’re doing a series called “When It Was a Game’’ and we are looking for old time films.’’

HBO was able to bring the old films back to life.

“When they sent Dad back and a contract, he named me his agent,’’ Bill said, “and they paid him very nicely for the films and lot of his films are in the second series. I saw him at least four times in those films. A lot of the Wrigley ones were his and he was roommates on the road with Dizzy Dean.’’

Kevin Kernan is a proud member of the Irish American Baseball Society. Kevin spent 44 years writing sports for major newspapers, including 23 years as a columnist at the NY Post. He has written seven books and has spent many years covering the NFL and NBA. He is a member of the NY Baseball Hall of Fame. You can find Kevin on Twitter @AMBS_Kernan and writing for Ball Nine.