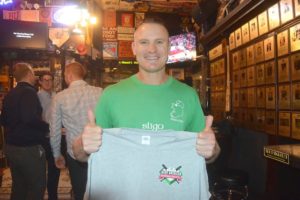 For those of you keeping score at home, Eric is the fourth former Major Leaguer to become an IABS member, along with Steve Garvey, Don Larsen, and Rob Delaney!