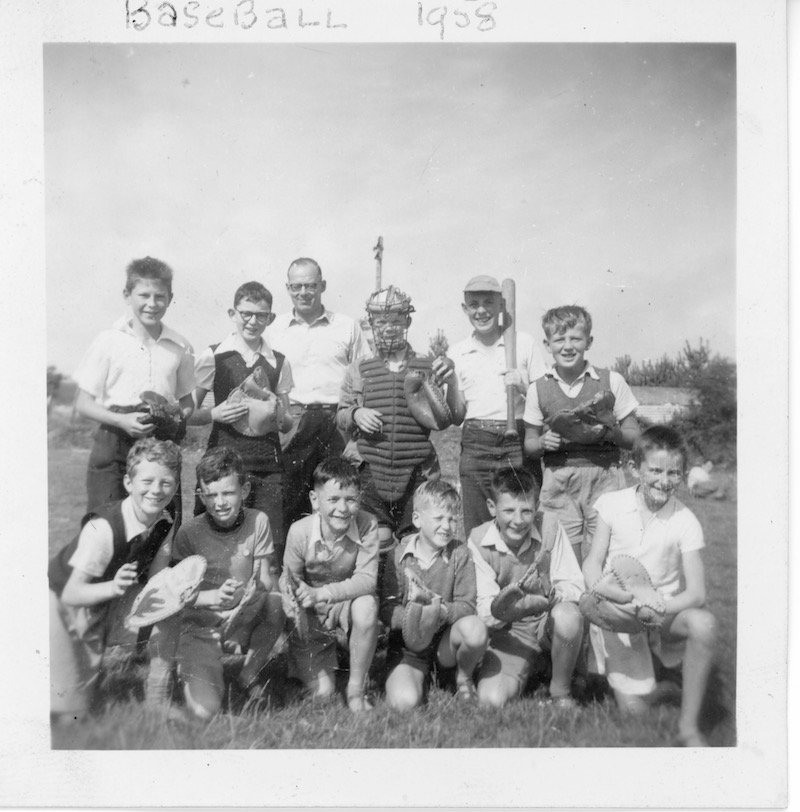 The first youth baseball team in Tramore, County Waterford (1958). Clive Butterworth is third from the left.

The first known baseball team in Ireland started in Tramore, County Waterford in 1958. The Tramore Sea Lions were formed by a Clive Butterworth, a British-born executive at Waterford-based Tyresoles. Although Butterworth had never played baseball, he had fallen in love with the game while living in Canada.

Clive’s idea to start a baseball team was inspired by a trip to the movie theater in 1958.

“My father took us to see Damn Yankees,” explained Simon. “It was me and my father, Connor Molloy, and Michael O’Connor, my two close buddies. We thought this was pretty cool, this game of baseball. And we said, “Would you show us how to play it?” And that’s how it all started.”

The popularity of the game soon spread throughout Tramore, to Waterford City, and eventually to Dublin.

Shortly after forming the Sea Lions in Tramore, a team began to take shape in Waterford City, thanks to a former Waterford soccer star named Bill Barry. Barry, who had played on the 1948 Irish Olympic soccer team, also happened to be Clive Butterworth’s top tire salesman.

By 1961, the Waterford Walruses were facing off against the Sea Lions. Local media outlets were taking notice. Momentum was building!

On September 8, 1962, the Sea Lions and Walruses hosted two teams from the United States Air Force – the  Broncos and the Spartans – for an exhibition at the Waterford GAA grounds. The Air Force teams were led by Senior Master Sergeant John Gay and all proceeds from the game went to UNICEF Waterford.

When Clive Butterworth moved his family to Ireland’s largest city, he brought baseball with him. The game quickly grew there, too.

Now, there were baseball teams in Tramore, Waterford City, and Dublin.

Galleries: Photos and Clippings from Baseball in Ireland, 1958-1964