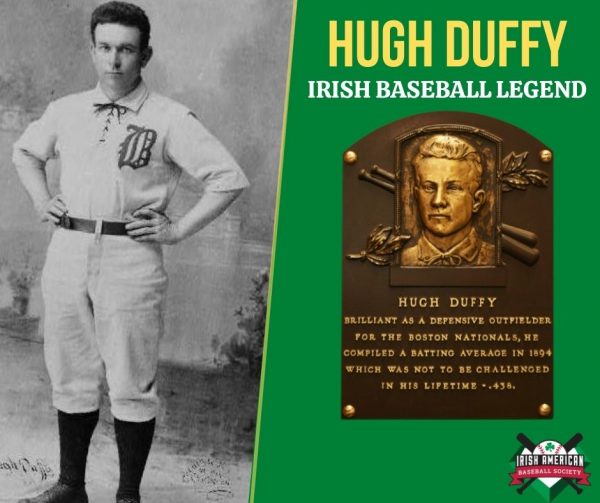 Meet Hugh Duffy, Irish Baseball Legend! ☘️ ⚾
Duffy was born in Cranston, Rhode Island in 1866. His parents, Michael Duffy and Margaret Egan, were Irish immigrants.
Despite his small size — he stood only 5 foot 7 inches tall — Duffy was one of the top hitters of his era. In 1894, he won the Triple Crown with a league-leading 18 HR, 145 RBI and a .440 batting average, a record that stands to this day!
For his career, Duffy batted .326 with 1,302 RBI and 574 stolen bases.
Duffy was a baseball lifer — his career started in 1888 as an outfielder with the Chicago White Stockings and ended in 1953 as a scout with the Boston Red Sox. Along the way, he played and managed in Chicago, Boston, Milwaukee, and Philadelphia. He was universally revered for his work ethic and knowledge of the game.
Hugh Duffy was inducted into the Baseball Hall of Fame in 1945.