James Francis “Pud” Galvin was born on Christmas Day in 1855. He grew up in a poor section of St. Louis known as the “Kerry Patch,” an area that was named after the home county of most of its Irish residents, although Galvin’s parents, Martin and Bridget, came from Clare and Mayo, respectively.

While pitching for the St. Louis Red Stockings in 1876, Galvin threw the first perfect game in the history of organized baseball. In fact, the term “perfect game” had never been used before and it wasn’t used to describe Galvin’s performance. His performance was only slightly better than the no-hitter he threw in a game earlier that day!

Legacy and Impact on the Game

Pud was widely regarded as the best fielding pitcher of his generation and his pickoff move was the stuff of legend. He once got out of a bases loaded jam by picking off the runner at first, then the runner at third, followed by the runner at second base!

Pud also claimed to have dabbled with performance-enhancing drugs, specifically, a form of monkey testosterone. But those were different times — Galvin’s usage was actually praised by the papers.

He was inducted into the Baseball Hall of Fame in 1965.

Sources Used in This Article: 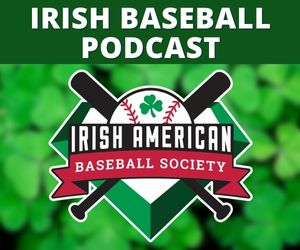