Watch: Steve Garvey discusses how he almost became a Yankee:

Baseball legend Steve Garvey recently joined us for his second video Q&A with members of the Irish American Baseball Society. As usual, Steve brought his Irish wit and the unique perspective of a 19-year MLB veteran.

Here are four things we learned:

Although talks never progressed past an initial meeting with George Steinbrenner, it’s clear that Steve gave serious thought to wearing #6 in pinstripes, before finally making the jump from Los Angeles to San Diego.

While reminiscing about “Fernandomania,” Steve pointed out that Fernando Valenzuela meant more to the Dodgers — and MLB — than his exciting rookie season. With references to Jackie Robinson and Maury Wills, Steve explained how baseball’s growth and changes mirror, and often inspire, similar growth and changes in American society.

3. Steve Didn’t Like Playing in San Diego (as a Dodger!)

Steve explained that road trips to San Diego were harder than you’d expect because, “It was almost too comfortable.” It seemed that, no matter how hot the Dodgers were when they visited the Padres, the best they could hope for was two out of three.

Of course, all of that changed when Steve signed with the Padres!

During his legendary 19-year career, Steve played for three Hall of Fame managers — Walter Alston, Tommy Lasorda, and Dick Williams. As Steve points out, each manager had a unique way of getting the most out of their players.

Speaking about Tommy Lasorda, Steve said, “He was one of the real great managerial psychologists who knew that when he had talent, the most important thing over a long season was to get them to get in the game everyday… to give 100%.” 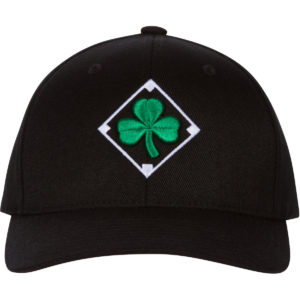