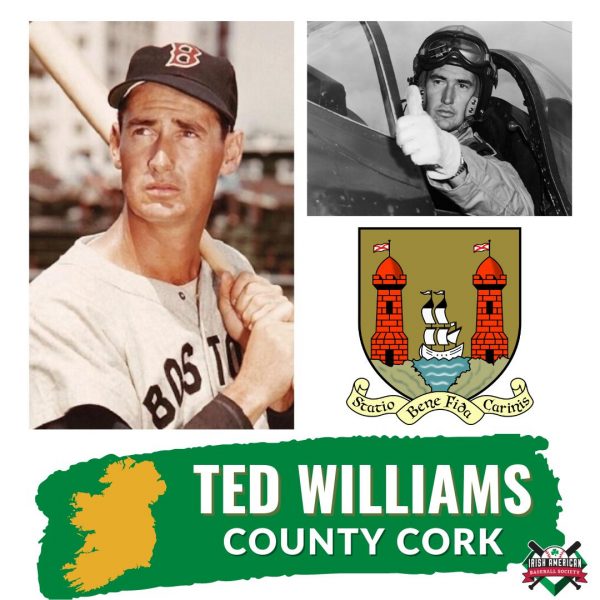 If you’ve been on our Member Forum or the Irish Ancestry Database, then you are well aware of our work in uncovering the Irish roots of many current and former big leaguers. Our resident genealogist, Tim Carr, recently made one of his biggest discoveries yet:

“Exciting news this week in regards to the Irish Heritage Research work. We have discovered that Ted Williams is a 3rd Generation Irishman from County Cork through his Great Grandparents, James Kennedy and Mary Jane Kennedy (nee Keefe).”

That’s right! The Splendid Splinter was Irish! It seems fitting that one of Boston’s greatest ballplayers would claim some Irish ancestry.

Williams’ ancestry was known to be diverse and his Irish roots were established, though specifics of his Irish lineage were not publicly known:

“Williams’s paternal ancestors were a mix of Welsh, English, and Irish. The maternal, Spanish-Mexican side of Williams’s family was quite diverse, having Spanish (Basque), Russian, and American Indian roots.” Source: Wikipedia

The big question is: Was Ted Williams aware of his connection to County Cork and the Kennedy and Keefe surnames? 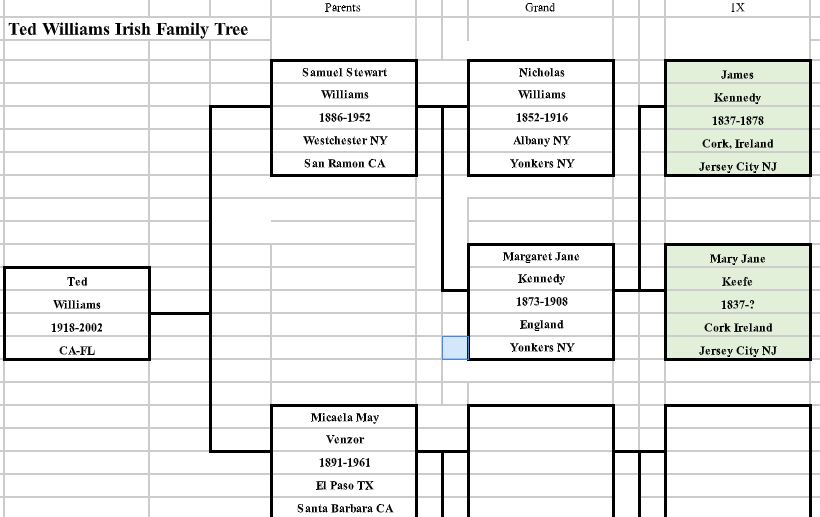